Update about all rooms in Fraubrunnen


The year 2022 will be the year of superlatives
In less than six months, we will collectively own both the largest cannabis production and be the largest producer in Europe with our production facilities in Fraubrunnen & Solothurn. In this blog, we will give you a detailed update on each grow room in Fraubrunnen.

The delays of the last months are annoying for all of us
Every day that production is at a standstill, we and the community lose up to 200,000 Euros, which is of course very annoying for everyone involved. We would like to speed up the submission of building permits, deadlines for objections, but also the processing of our requests to the canton. However, our hands were tied here.
At this point, we apologize to you for the unscheduled waiting times and the resulting inconvenience. Knowing full well that we have often ceded our share of the harvest in the case of delays, it is a matter of course for us to always act in the interest of the community. Please be aware that if someone were to start the same project today, it would not be completed until 2026.

The reboot of the first ten grow rooms from Alpha to Juliet
Alpha, Bravo, Charlie, Delta, Echo:
Each grow room is replanted and the plants are either in the growing phase or already in the flowering phase which as you know you can see on the cameras in the back office.
The plants of the rooms Delta and Echo are still in the cutting room and will be distributed in the grow rooms starting Monday.

Foxtrot, Golf, Hotel, India, Juliet:
These grow rooms will all be stocked with plants before the end of April. We are expecting two new shipments from Canada next week, and then we will immediately start stocking Foxtrot and Golf. From the grow room Hotel on we are finally independent from the Canadians and can then use the cuttings from our own mother plants again. 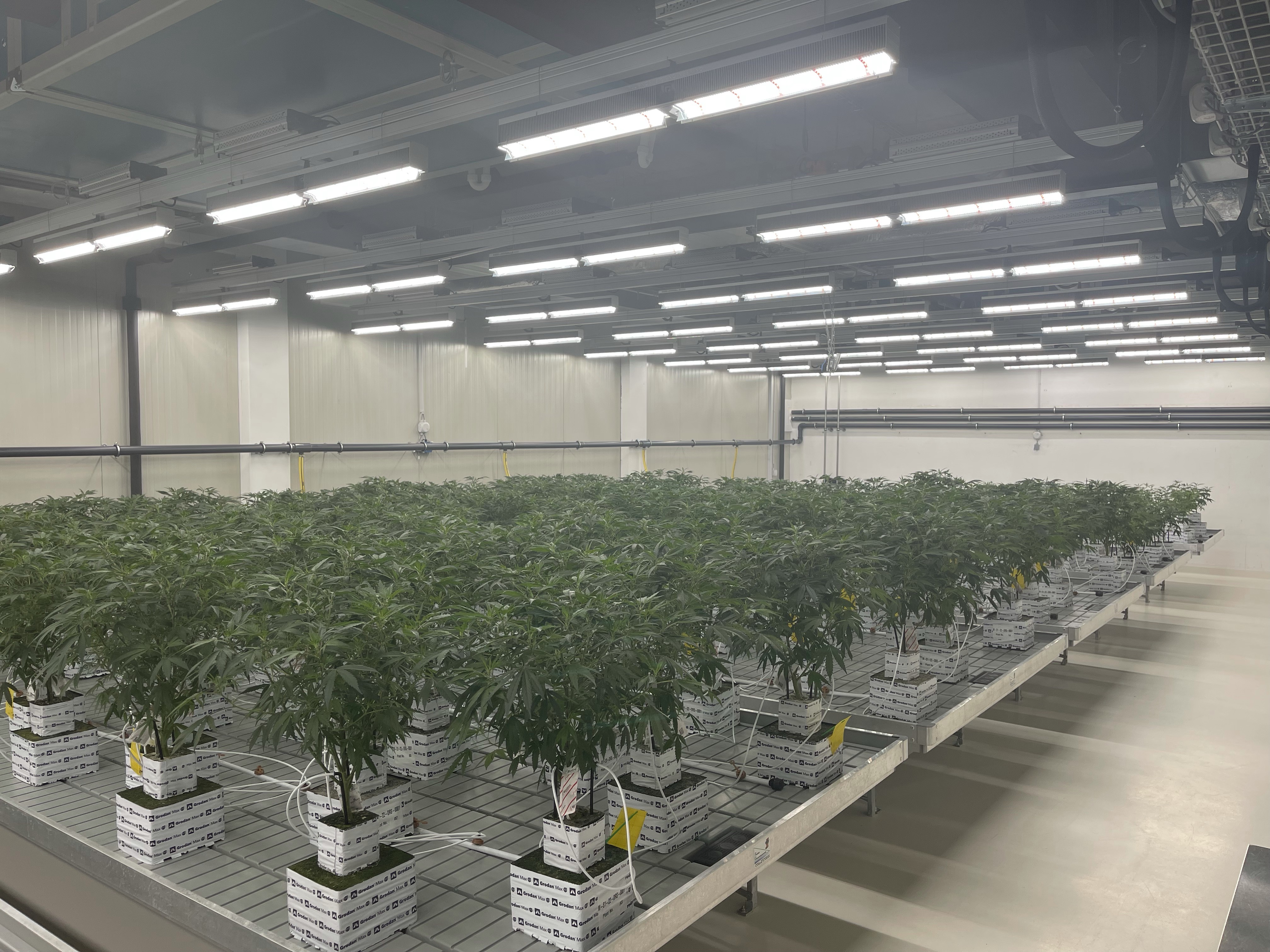 Complications and delays with the rooms from Kilo:
As you know from past blog articles, it was, on the one hand, the additionally needed power supply and on the other hand, the outside cooling units, which we still lacked.
Due to the emergency request at the public utilities, the power supply is ensured. In January, we had to remove all biomass from the plant, which caused strong odors in the outdoor area due to the five trash containers.
People from the neighborhood made an objection as a result. An odor expert opinion from the authorities put an end to this situation and we can now finally place the cooling units on the steel podium from end of April/beginning of May.
This means that we will have completed the last piece of the puzzle so that the plant can go into full operation.

In over 19 pages, an odor report was prepared here based on an objection. 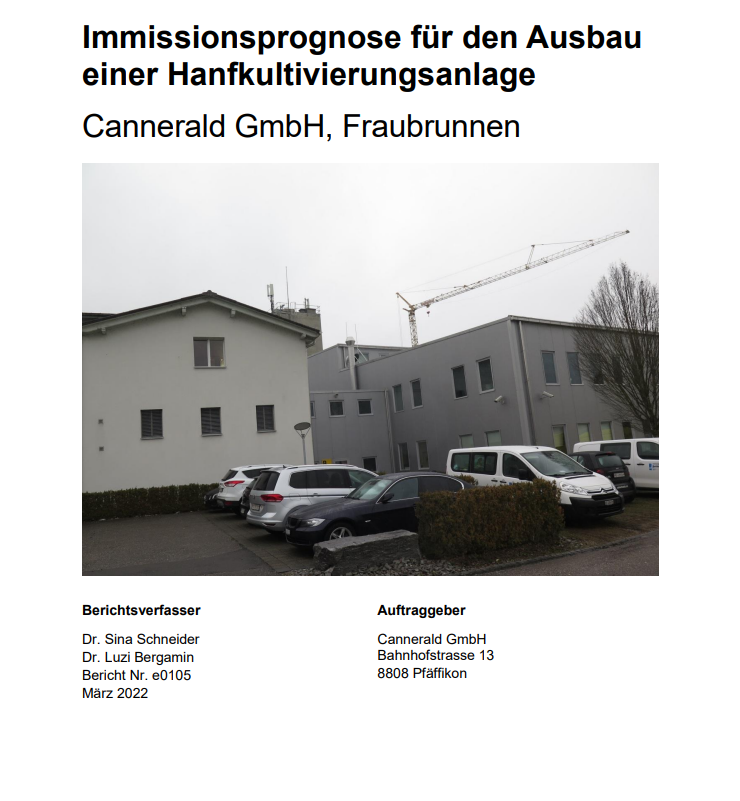 Delays in delivery of cuttings from Canada
Many of you have asked why we have restarted the rooms with further delays. The background to this can be briefly summarized. On the one hand, it was the Canadian health authority and on the other hand, it was the challenges of the airline, which threw our schedule overboard again. Despite perfect planning on our part, external circumstances brought the schedule to a standstill.
Good things come to those who wait!

Kilo, Lima, Mike, November, Oscar:
After successfully shutting down the cooling units, these five grow rooms will all be up and started between May and beginning of June. All five rooms are completed from a structural standpoint, so nothing stands in the way of getting started.

Sector Papa:
At the beginning of December, we informed you in this blog article (click) that Sector Papa consists of a total of nine rooms. In the meantime, 80% of the construction work in the sector has been completed. Populating Sector Papa will begin in June 2022 and continue until the beginning of August.

The birth and naming of nine rooms in the Papa sector.
Sector Papa, as explained during the guided tours, consists of the entire western part of the building and includes a total of nine rooms, to which we have given the following names:
Papa, Quebec, Romeo, Sierra, Tango, Uniform, Victor, Whiskey, Xray.
All buyers from the Papa sector will be distributed to the rooms listed above in approximately four weeks. The date of purchase is decisive in the distribution. So be sure to check the back office in early May to see which room your plants will go to, so you can estimate if you will start your first grow as early as June or more likely in July.

Yankee, Zulu:
Last but not least, we still have the last two rooms in Fraubrunnen, which will definitely start in the third quarter, which is what we targeted as the expected grow start when we sold them in December 2021.

More harvests per year through our growth room (Veg-Room)
The Veg-Room will be one of the last and most important rooms to be launched this year. In the future, the cuttings will spend the first weeks of their life here, while the flowering phases are coming to an end in the grow rooms. We will all save about two to three weeks on each grow, which has the positive side effect of giving us more harvests throughout the year.

Why can't we start all the grow rooms at the same time?
Under full load, our system has a consumption of six megawatts, but only if the rooms all run nicely in a certain rhythm and are started one after the other at certain intervals. Otherwise, it would be 13 megawatts and that equates to 2 ½ wind turbines with a height of just under 150 meters that would run 24/7 just for Cannerald, non-stop provided the wind was always blowing, of course. 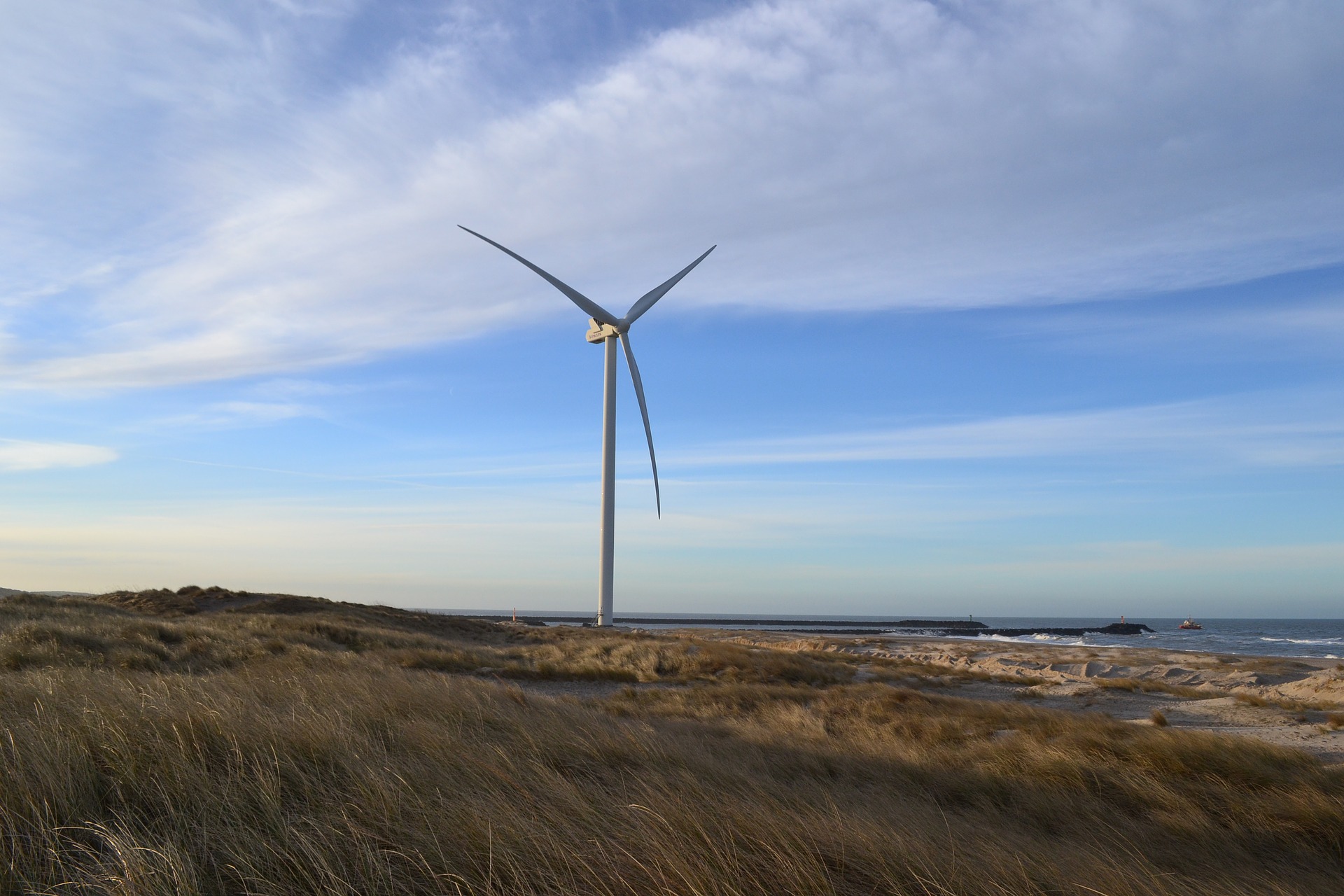 To get the perfect timing and to produce as efficiently as possible, we have created an autopilot with ETH Zurich that reduces our power requirements to a minimum. However, this minimum is no less than 6 megawatts. Consequently, the rooms have to be started at certain intervals so that the electricity can be distributed sensibly across the plant.

Conclusion: The entire Fraubrunnen production will be 100% complete and running at full load in 2022. In the summer of 2022, every room in Fraubrunnen will be equipped, which means we have almost reached the end of this challenging journey. We have achieved all this together with you, for which we would like to thank the entire community once again.

P.S. Next week we will write another detailed blog with many insights into our second location in Solothurn. We will also give you an insight into the laboratory part and everything important about GMP.